Today, we released the new major version 5 of SimpleSYN. In addition to the normal installation version of Outlook 2019, Version 5 also supports Office 365 from the Microsoft Store. In the new version, the synchronization engine has been completely redesigned. With the new engine, SimpleSYN synchronizes more reliably and faster than any other version before. Also, SimpleSYN now supports networks with HTTP(S) proxy servers. Many minor enhancements (including advanced network settings, conflict resolution revision, and better conflict detection) and optimizations complete the upgrade.

The license prices have stayed the same compared to the previous version; for all customers who already have version 4 in use, we offer discounted upgrades.

The following improvements / changes are included in version 5:

If you are already using SimpleSYN, then uninstalling the previous version is not necessary.
Since the synchronization routine has been revised and optimized, SimpleSYN has to be set up again.
The initial synchronization will be run through once again.

Upgrade to the new SimpleSYN major Version 5.0 and get a discount

If you are interested, please send us an email to support@simplesyn.net and tell us your invoice number and date of purchase. 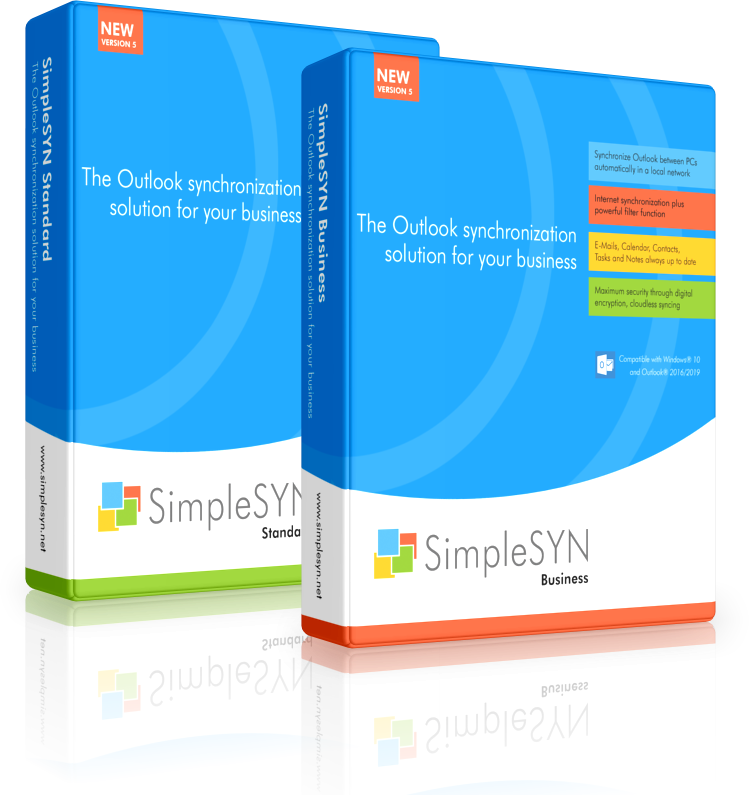